PCalc functions for converting between for latitude/longitude formats

I needed a way to convert Latitude/Longitude coordinates between Degrees+Decimal to Degrees Minutes Seconds notation. I created some user functions within the excellent PCalc app that can do this inline in PCalc.

PCalc has an entire programmable interface for running calculator routines.

the Degrees-Minutes-Seconds (DMS) notation is as follows. In the number 123.4532, in the places after the decimal point, the 45 represents minutes, and the 32 represents seconds.

Showing the formula and including the “saved” files from PCalc is simplest way to reveal the function. 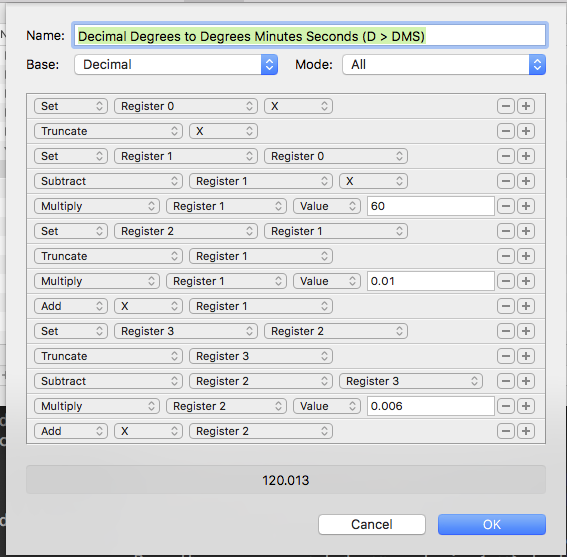 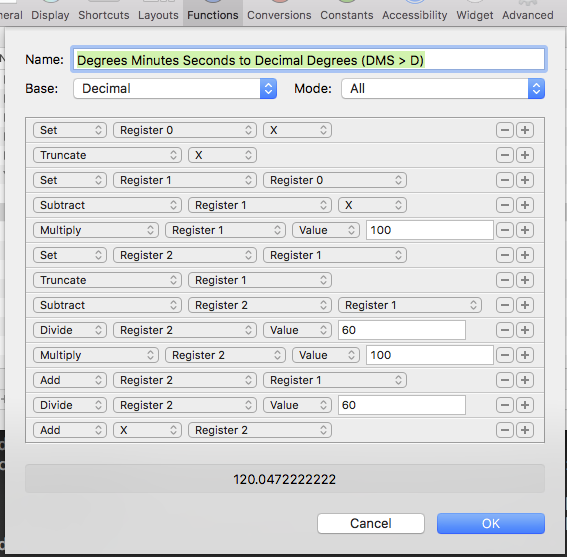 When you run these functions, the results are returned directly into X input.

I “saved” these functions on PCalc (Mac) and share them here. I think it should be possible to load them within the app rather than recreating the formulas.