I recently bought a Kindle version of the Rust book, and worked my way through it. Emacs has good support available for cargo and rust.

As I mentioned in a previous post, the last time I used C++ for a project before this year was over twenty years ago. C++ has evolved, attempting to address some weaknesses and relative advantages or disadvantages in that time. I’m not going to cover what these are here, but will say that Rust seems to fill similar roles as C++ but starting from a code security point-of-view.

I was learning swiftlang in the Swift 2/3 era, and after my recent introduction to Rust, I often found myself saying “Oh, this must is where Swift got this idiom from”. In a weird way from a simple “writing code” viewpoint, I feel like Rust is in-between Javascript and C++. Kinda like Swift. Where the compiler and borrow checker are always right there letting you know things you need to flesh out in your code.

I have been using an Ubuntu Linux machine to learn Rust. I have decided to use with the web+sh rustup installer. It has been and incorporated into my dotfiles.

This has worked on Ubuntu Linux, a Raspberry Pi running Raspbian buster, and macOS Catalina.

Cargo is the Rust package manager and is included in its install. It is wonderful, handling library dependencies, builds, testing, crates.io and more.

For the emacs side of things, I started with the Rust section on http://emacs-bootstrap.com/ and have arrived at a modified version of that. A list of emacs packages (from my lang-rust.el file):

Racer warrants further mention as it pulls in IDE-like features for rust dev right in emacs. Racer is written in rust, and I installed it using– you guessed it– rustup and cargo, as described on its webpage. 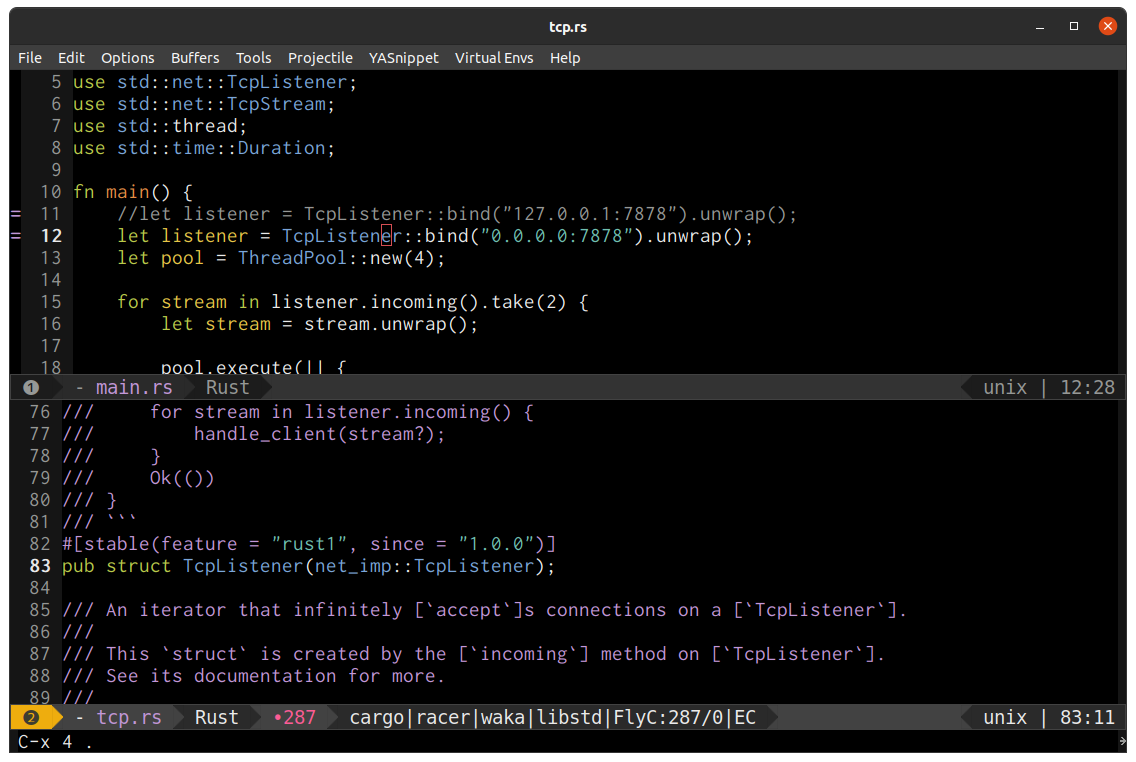 Must affirm third-party consent for Disqus comments to appear.