I created some client-loaded charts for pitempmon project that graph the logged temperature of a Raspberry Pi Model 4 B. The Pi is used as a worker node in a kubernetes cluster. There is an interesting progression over time of Pi environmental temperature aspects.

The pitempmon project logs a Pi’s CPU temperature data to a self-hosted phant data logging service. In this example, the phant webservice is running as a pod in kubernetes cluster on the very same Pi that is being monitored.

pitempmon has been installed on a Raspberry Pi Model 4 B for a while now. Since it has been operational it has had a small metal heatsink stuck on the CPU package. The Pi has been part of a kubernetes cluster serving websites, including the phant server, and running other things like a traefik ingress.

Here is a saved chart of the temperature over the last three months: 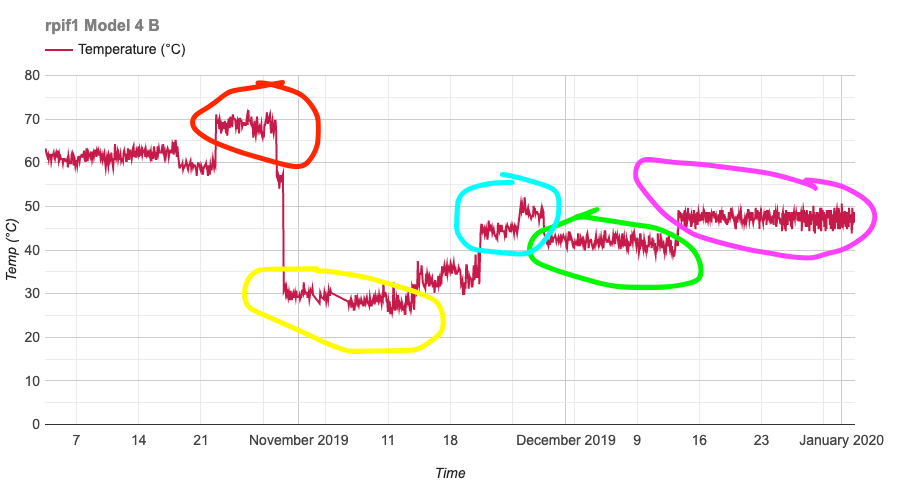 There are five regions in the above chart annotated here:

The PiFan active fan (yellow) turned out to be overkill. Since it was installed within a day of the firmware updates, it registers as around a 40 degree delta over pre-firmware update temperatures,

Turning the bare Pi on its side (green) had a real and noticeable affect. That pearl of wisdom came near the end of this post on Pi 4 thermal testing on the offical blog (heading “Keep cool with Raspberry Pi 4 orientation”). The post also discusses other related temperature findings, and is an interesting read.

A “live” version equivalent to the following screengrab below can be visited at Monthly rpif1 Temperature.

There are other time windows available there. The data is loaded live in your webbrowser client each time the pages are loaded. 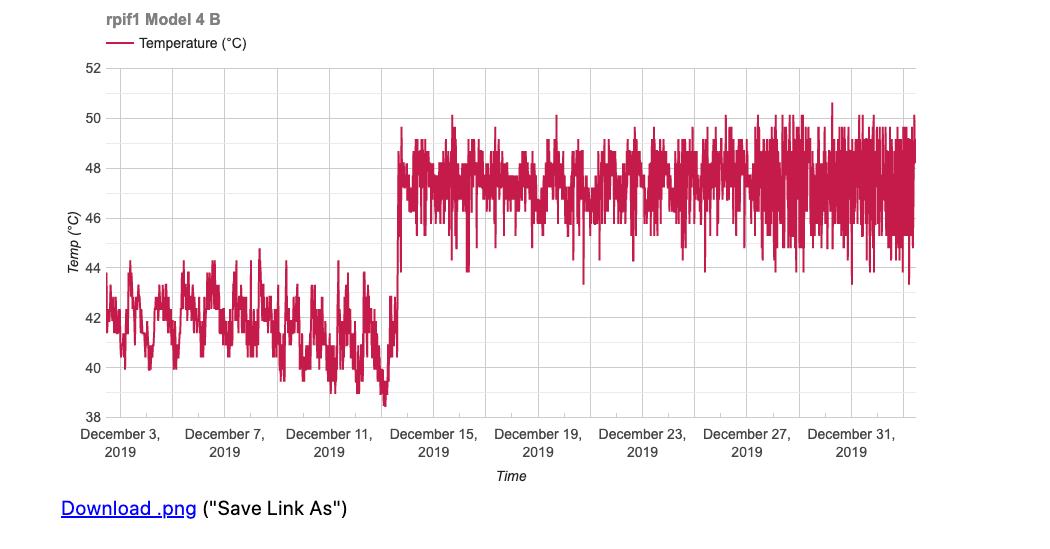 Since the ambient air no longer has unimpeded access to top of Pi, there is less convection of surrounding air. The PoE PCB blocks airflow with its footprint, and devices on it (e.g., DC-DC voltage converters) produce heat of their own. However, the PoE HAT’s built-in fan positioned directly over the SoC keeps the sustained CPU SoC temperature under 50°C.

I think PoE HAT has a thermostat action in its kernel overlay that kicks on the fan around that 50°C point, as its fan rarely turns itself on.

Photo of Pi with PoE HAT 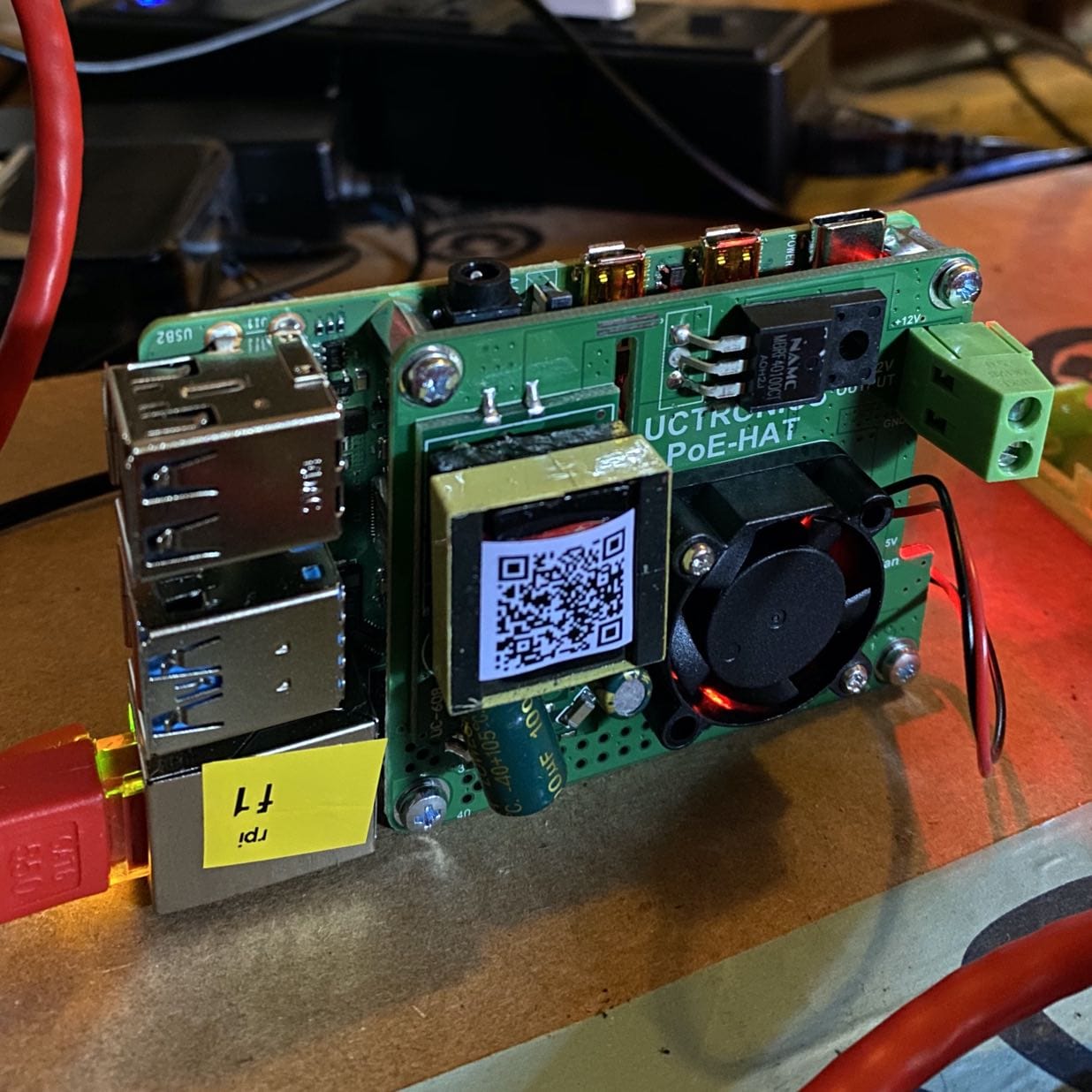