Raytracing In One Weekend Series in C++, CUDA, and OptiX

One day, I found Peter Shirley’s Ray Tracing In One Weekend Book Series. I was able to implement my own copy of the code from his books, eventually also incorporating some versions using CUDA and Nvidia’s Optix 6.5 ray-tracing frameworks. 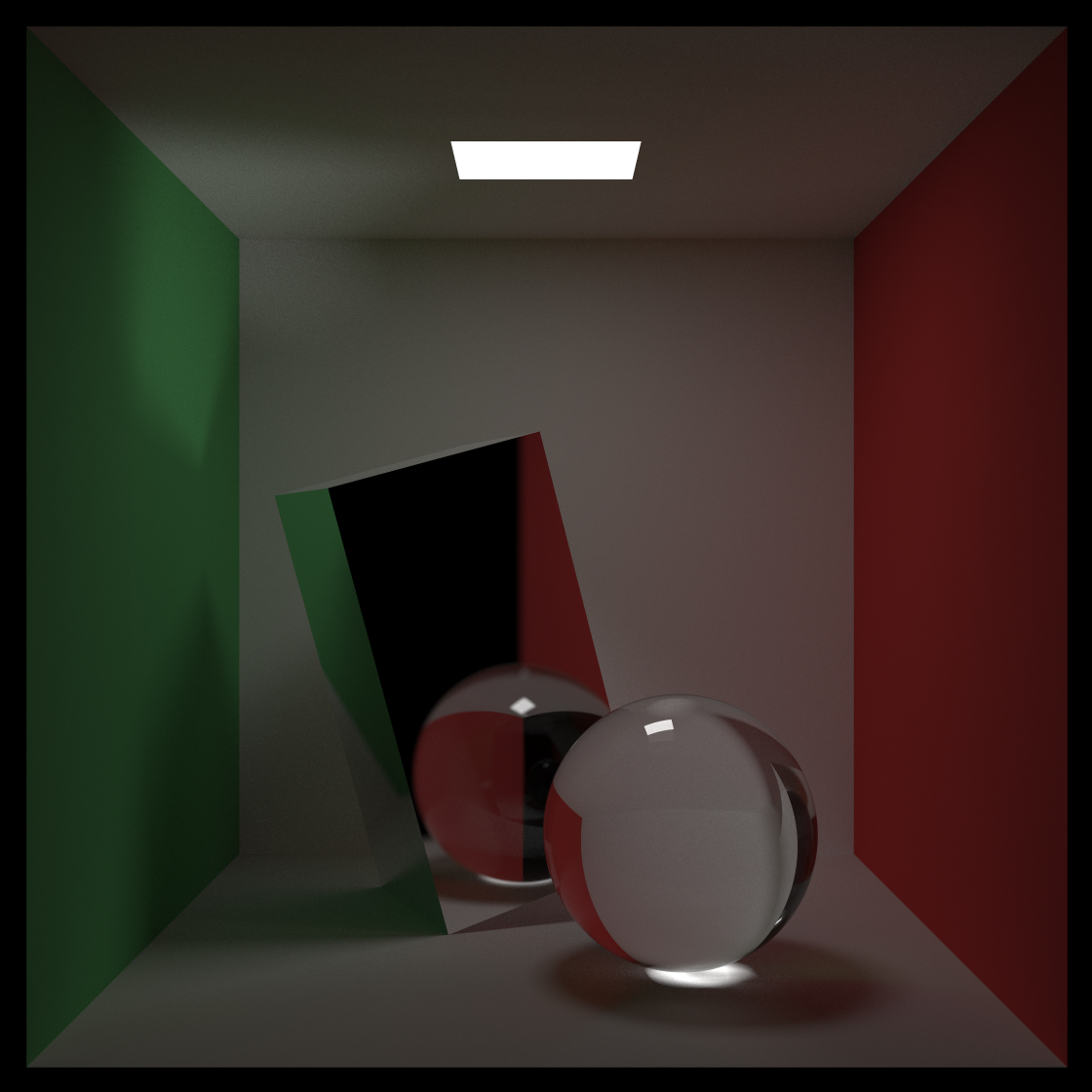 Low-noise render from the OptiX implementation

The Cpp version is in portable, non-modern (that’s a GOOD thing for the first descriptor) C++. That is what Shirley’s reference code uses. See the README in the repo hosted on GitHub at https://github.com/idcrook/weeker_raytracer. The same repo contains all the versions described below (C++, CUDA, and OptiX 6.5).

I switched to Cmake from a generic Makefile early on. I had never used CMake before. The last time I used C++ for a project was over twenty years ago. That is not an exaggeration; it was in a Data Structures class taken in the late 1990’s. C++ itself has come quite a long way in that time.

CMake is adequate for nested project builds, but I spent more time dinking with CMake settings to get them to do what I wanted and learning about its commands than I did coding (also not an exaggeration). I have not tested any builds on Windows, but the code compiles (and runs, if all required pre-reqs are installed) on macOS and Linux.

The Cpp subdirectory, found at /src/Cpp in the repo is a faithful reproduction of the In One Weekend code, meaning it doesn’t use any fancy intrinsics for SIMD calculations and it is single-threaded. So even on a CPU clocked at 4 GHz, runtimes are measured in hours for the more advanced scenes.

CUDA is a C++ environment where code can be written to target running on an Nvidia GPU alongside, or instead of, just a CPU. To develop with it, a toolkit from Nvidia is needed. To run CUDA device code, a supported Nvidia graphics card is needed. And that also means calculations, by nature, can run across a large number of graphics cores in parallel. The final scene from In One Weekend in CUDA version rendered in seconds (versus minutes in the CPU single-threaded version).

I am a novice to Cuda programming. Like, I had never used CUDA code before, and used another person’s repo as reference. The part where I fell down and couldn’t get back up was adapting the Bounded Volume Hierarchies (BVH-s) tree data structure for use on the CPUs. The person I drafted off of also ran into this. I didn’t have a sophisticated enough understand on how to pass data structures back and forth between CPU <-> GPU. Nor did I have relevant experience to convert the data structures to generate and traverse on “device”-only. It is “device” (GPU) as opposed to “host” (CPU) in CUDA parlance.

CUDA stands for “Compute Unified Device Architecture”, so it should be possible to figure out something. I stopped at the BVHs which appear early in the second book of the three part book series. I hope to finish out the books in CUDA some day.

OptiX is another Nvidia SDK that has been around for a while, launching first version in 2010. In recent hardware, notably starting with RTX branded cards, there is hardware support especially for raytracing operations.

To download SDKs, you must be a member of the NVIDIA Developer Program. With OptiX 7, it was re-architected and isn’t backwards compatible with earlier version of the API. The most recent on the previous API is Optix 6.5, which is what the code in this repo uses.

OptiX contains special primitives and features for raytracing and a C++ wrapper library in the SDK. I closely followed in the path of one person and another person who had done the In One Weekend series in OptiX.

The implementations are blazing fast for renders and because of that, much larger scenes or sample quality can be obtained.

Another interested feature is that pieces of the ray-tracing process can be written in shader modules in CUDA code. Here’s a snippet from the repo for calculating intersections with a sphere primitive :

Nvidia installers and g++ 8 on Ubuntu

To get the default system compiler to be g++-8 (the latest supported by the CUDA 10.1 toolkit I had installed), early on I made some tweaks to my Ubuntu system software.

configure gcc-8 to be the default